Thugs in police uniforms on the rise

WHEN a police officer commits a crime, the society he is supposed to serve and protect gets concerned and wonders as to what will become of its property. But when the crime committed is murder, especially of the officer’s loved one, all hope is lost and everybody starts to fear for their own lives.

The crime Police Constable Lebohang Moletsane of the Mohale’s Hoek Police allegedly committed on February 20 when he fatally stabbed his defenceless wife with a knife was heinous and it shows a man who has little regard for the sanctity of marriage.

But when he put his wife’s broken body into his car and drove all the way from Mohale’s Hoek to Maseru with it inside and deliberately ran the vehicle off the road, faking a car accident - that depicts a criminal mind that is used to planning and executing real hectic criminal acts.

That also portrays the picture of a man, a trained police officer at that, who however, has no respect or whatsoever for the law.

There is no doubt that any cop who can think and act in that manner clearly has no business in the police service, he is but a thug in police uniform.

If found guilty, the law has to act harder on him to deter other police officers who are criminals like him to think twice before committing crimes.

Reports of police officers who commit crimes, especially violent ones have been making headlines recently.

A few weeks ago, a Lithoteng police constable was beaten to a pulp by an angry group of men who were working in a field near St Michaels, Roma after the officer and his civilian cronies attempted to rob a Pakistani businessman at an unlawful roadblock.

The officer and one of the civilians were arrested with assistance of soldiers who were driving by.

It later emerged that the police officer was a notorious thief who previously also stole among others car parts from the police pound at the Lithoteng Police Station.

At the time of his arrest in Roma, the man was on suspension from the police force for his involvement in a murder case.

In a different but similar incident, another police officer who was in cahoots with civilian criminals was arrested for robbing another businessman at yet another illegal roadblock that was mounted in Marabeng, Berea.

It is not clear what perpetuates cops to rob, murder and at times even rape the very people they are supposed to protect from ‘real criminals’.

Perhaps being in constant contact with offenders is finally wearing off on some of the police officers or maybe these are men who were already criminals long before they joined the police service.

Acts like these underscore the need to properly and thoroughly vet candidates before they enroll at the Police Training College.

But a policeman who murders his own wife and stage a car accident that he claims killed her is a criminal on another level. 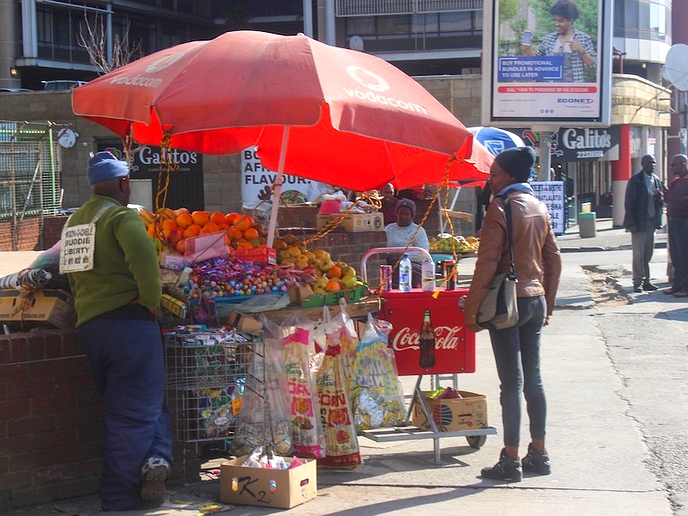