When the commander-in-chief goes AWOL 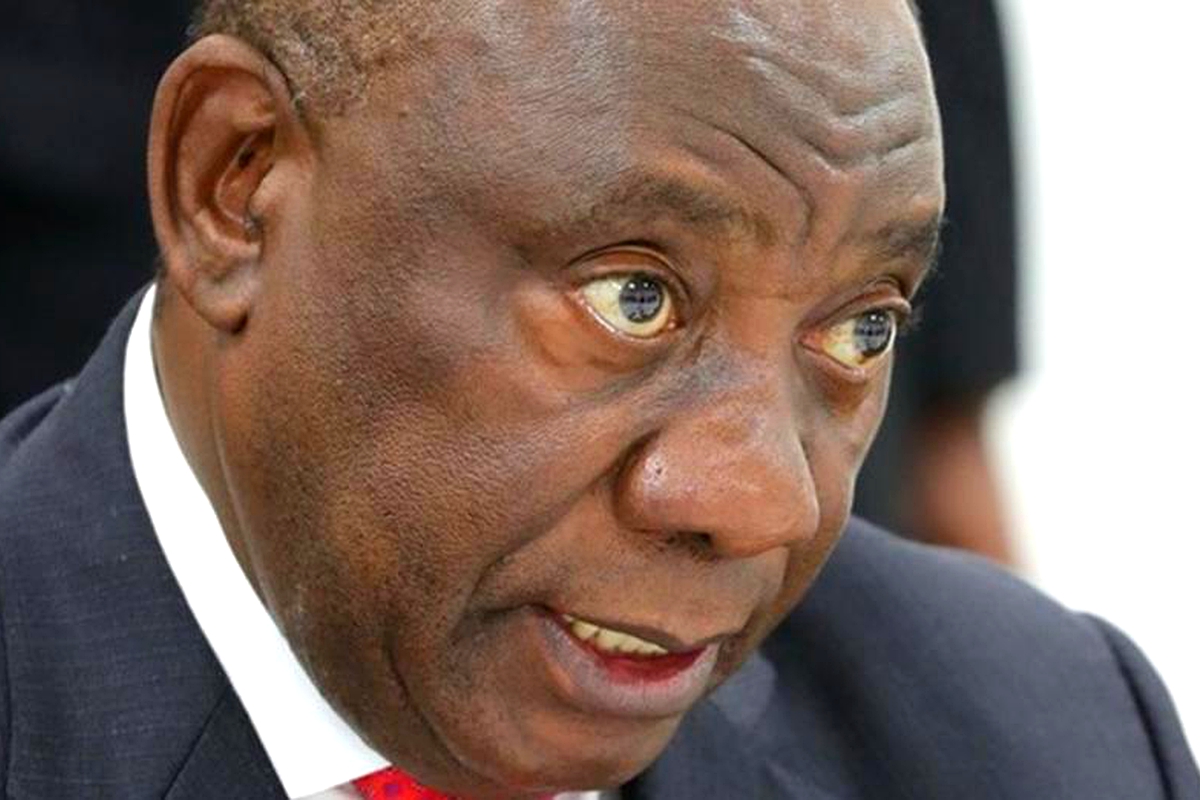 In his speech on Monday July 12 Cyril Ramaphosa reminded us twice that he was commander-in-chief of the defence force.

But by the time he had been persuaded to increase the number of troops deployed against the mayhem in KwaZulu-Natal (KZN) and Gauteng from 2 500 to 25 000, local communities had already mounted their own defences.

One of the themes emerging from all the horror and tragedy of the past week is that President Ramaphosa’s government, its ‘security cluster’, and its glut of 199 police generals are out of their depth.

Numerous reports in the communications media refer to them loosely as ‘militias’ that sprang up speedily almost as soon as the looting began, and in some places to prevent it from even starting.

If Mr Ramaphosa was not a lame duck before last week, he almost certainly is now, his tough speech on Friday night last week (16th July) notwithstanding. Whatever the causes of the mayhem, the overriding fact is that local militias had to step in because the state failed to do so. These local organisations in KZN, Gauteng, and elsewhere have done far more than the state’s security forces to put a stop to the plunder and the terror and the anarchy. Numerous reports describe how the police stood by as looters laid waste to tens of thousands of livelihoods.

In his speech on Friday night Mr Ramaphosa applauded the individuals and organisations that had taken the initiative to restore calm and protect lives, property, and infrastructure. So he should have. If there was indeed an insurrection against his government, these militias did more to put a stop to it than his own police and defence force.

The risks posed by the failing and flailing state must now be exploited. What the African National Congress (ANC) likes to refer to as ‘the balance of forces’ is turning against that organisation as its failing policies leave a vacuum into which civil society has stepped. That shift now needs to be consolidated and strengthened. For a start, it will be interesting to see whether a weakened state will now be insane enough to try to disarm the militias.

Organised business also needs to change its strategies. Just as he was absent from his job as commander-in-chief last week, unable to stop the violence or inspire the nation, Mr Ramaphosa has been absent from any serious attempts at political reform ever since he became president. He was never going to do anything to make South Africa ‘open for business’, and now he cannot even if he wanted to, which he doesn’t. Business leaders who believe otherwise are living in cloud-cuckoo-land.

There are very few business organisations in South Africa that understand the ANC and are willing to say what they think. The two most prominent are the Transvaal Agricultural Union and Sakeliga. Nearly all the others have invariably bent over backwards to give Mr Ramaphosa the benefit of the doubt.

Organised business has indeed given him substantial backing all along, not only in financing his campaign for the presidency but also in trying to drum up the foreign investment he supposedly desires. Their investment in him and his government has yielded very poor returns. Will South Africa’s numerous business organisations keep backing him, or will they now reach the obvious conclusion that to continue doing so would be a waste of time and money?

If business seriously wants change, there is plenty that it can do. One thing is to conclude plant-level agreements with their own workers and so undermine centralised wage-setting in bargaining councils, whose effect is to price unskilled poor people out of jobs. Another is to find ways of circumventing tariffs and other measures designed to keep out cheaper intermediate and consumer goods, from steel to chickens.

Yet another is to resist further black economic empowerment (BEE) demands. Business has for too long been complicit in this programme to enrich people like Mr Ramaphosa while acquiescing in laws that stultify the labour market, widen inequality, perpetuate poverty, and deny opportunities to the poorest of the poor. When so many businesses, big and small, were destroyed last week it would be monstrous to keep putting money into BEE deals, when it is going to take billions of rands, spent over a great many years, to make good all the damage. Small businesses will no doubt require massive support to get back on their feet.

Support for local militias would be a far better investment in both security and economic stability than any amount of BEE expenditure. Support could include money for training and equipment, as well as for legal action against any unwarranted interference by the state. A vastly expanded network of such militias would be able to play an important role in the future in combating crime. They might even be needed to put a stop to any future insurrections against Mr Ramaphosa’s government.

Continued business support for Mr Ramaphosa would mean continued support for the policies of cadre deployment and affirmative action, which have undermined intelligence agencies and security forces and are therefore partly responsible for last week’s havoc.

Lastly, there is party politics. Continued business support for Mr Ramaphosa will not bring about the economic liberalisation the country needs. He has neither the courage nor the leadership qualities to bring it about. The last week has made that abundantly clear. It is time for business to dump the ANC, and to start putting money into opposition parties. This means not new opportunist parties, but established parties with solid track records in parliamentary, provincial, and local politics.

And the communications media need to wake up. Last week they did a great job in reporting the multitudinous failures of the Ramaphosa government. They need now to abandon their knee-jerk antipathy to established opposition parties, and stop trashing them at every opportunity. In so doing, they serve only to strengthen the ANC and perpetuate the country’s agonies.

Mr Ramaphosa, his party, and their communist and trade union allies, are the cause of South Africa’s plight. They have been systematically wrecking this country since before many of last week’s wreckers were even born. Far from being reformers, Mr Ramaphosa and Co. are determined only to hold on to the power that is slipping away from them, while treating the country with contempt. 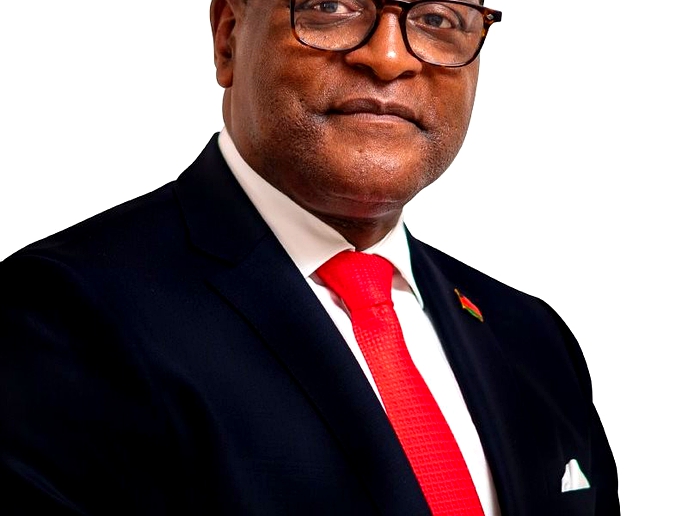 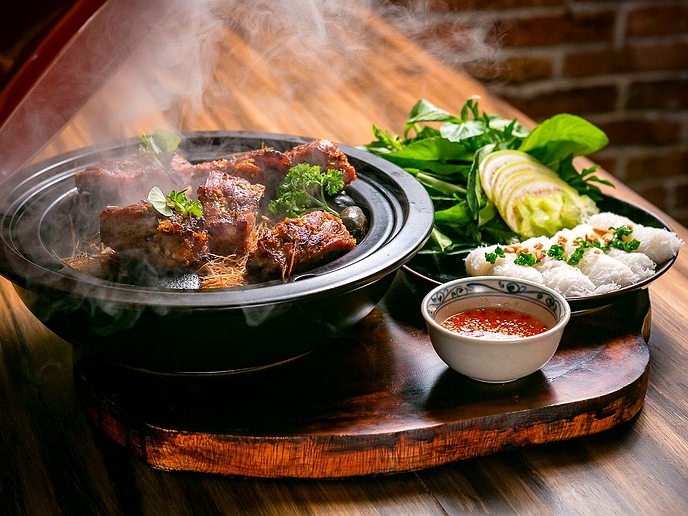 Qualities that make a great chef