Accused gunman ready to defend himself 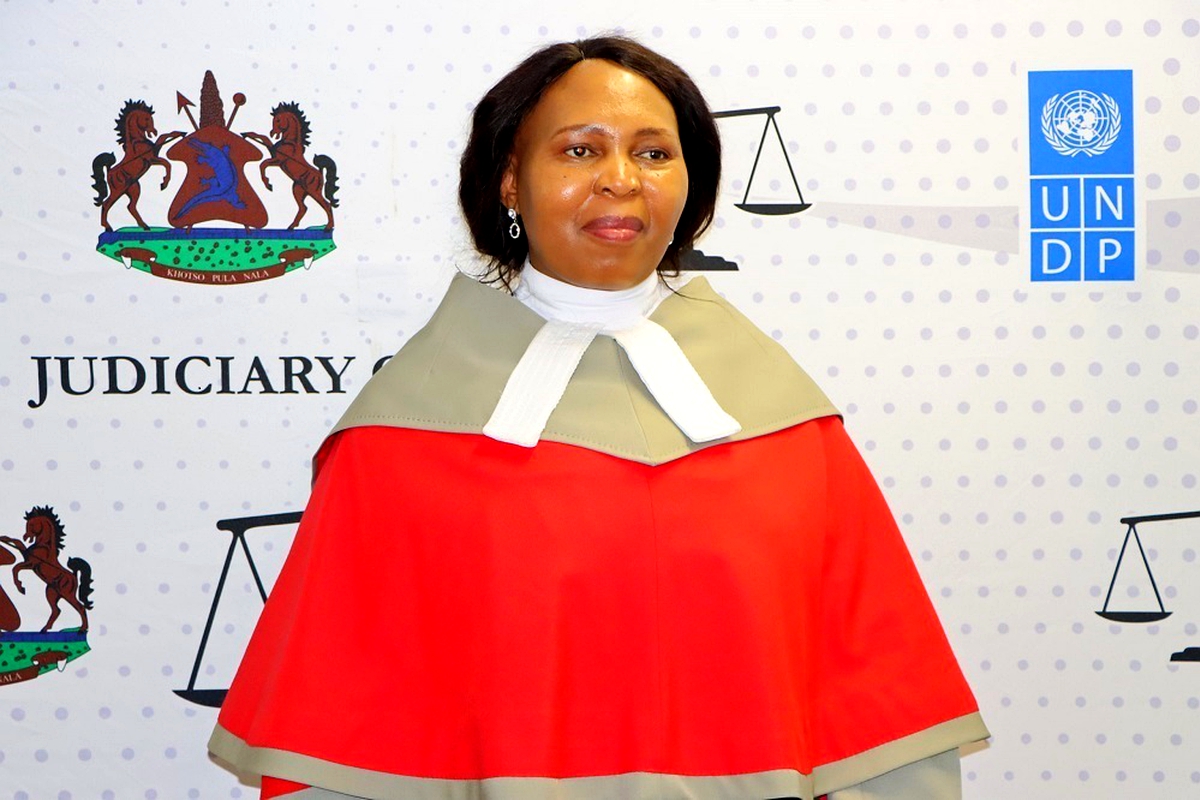 THE alleged gunman accused of the murder of a military officer and a street vendor who were gunned down in the 2017 shoot-out at the Maseru Border Gate will return to court on January 26 to defend himself.

An eye witness told the High Court in November when the marathon trial adjourned for the Christmas holiday that he saw Motlatsi Rantaoana have an animated quarrel with the soldier before he shot him dead.

Lekhahla Lenka said earlier on May 13, 2017, he saw the late Private Katleho Seliane attempting to search the accused, Rantaoana.

At the time, Lenka did not know the identity of the two men.

The court had earlier in November issued a warrant for Lenka’s arrest after he failed to respond to its summons.

But the order was later cancelled after Lenka explained why he could not make it to court on time the previous day.

Rantaoana who is believed to be part of a notorious famo gang is charged with two counts of murder.

He is alleged to have gunned down Seliane and Moiketsi Makhabane who was a street vendor at the border.

Rantaoana also faces charges of attempted murder and illegal possession of a firearm - a 7.65mm pistol believed to be the murder weapon.

After the fatal shooting, the Maseru police arrested Rantaoana along with his five companions, including Lekhoele Noko, Molise Phakela, Khothatso Makibinyane, Molise Motaung, and Tello Thoi.

But Rantaoana was detained and later remanded in custody for the murder.

In his testimony, Lenka said during the heated argument that he witnessed between Seliane and Rantaoana, Nkonyana tried to intervene, but Seliane was “too hostile to listen”.

“Whatever the gunman said to the soldier must have infuriated him because he (the soldier) could not calm down. He refused to listen to his colleague and was too hostile,” the court heard.

“Shocked by what I saw, I ran away but did not go too far. Then I heard another shot ring out. When I returned to the scene, I found the other soldier who had tried to calm down his hostile colleague also lying down on the ground.

“A few paces away, I saw an old man who was selling his ware at a nearby stall also on the ground, he seemed dead,” he said.

He added: “The first soldier was lying in a close-by ditch, crying out for help.”